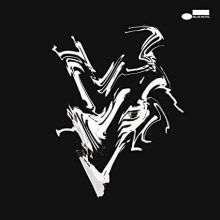 Bassist and composer Derrick Hodge has worked with some of the best, performing on GRAMMY award winning albums by Robert Glasper (as a founding member of the Robert Glasper Experiment) and Terence Blanchard, producing projects with Quincy Jones, and writing/recording with a wide range of other artists across multiple genres, from Kanye West, Q-Tip, and Andre 3000 to Jill Scott, Sade, and Kirk Franklin. Hodge’s innovative arrangements also played an essential role in the powerful performances by Nas and Maxwell with the National Symphony Orchestra, and Common with the Chicago Symphony Orchestra. Now, on his latest project and his third release for Blue Note Records, Hodge seeks to bridge the divide between urban, jazz and classical music with his new concept album, Color of Noize.

Hodge describes his new project as ‘freedom music’ which applies to the performance as well as the listening experience. Instead of providing his collaborators with charts, he allowed them the space to interpret and freely improvise his ideas after playing a quick run-through of each song on piano. The end result, as Hodge explains, is exactly what he was hoping for: “It’s the contrast, it’s the beauty, it’s the chaos, it’s the freedom — all of that.” Joining him on this endeavor is a brand-new group assembled specifically for this project, featuring Jahari Stampley and Michael Aaberg on keys, Mike Mitchell and Justin Tyson on drums, DJ Jahi Sundance on turntables, and Hodge adding bass, guitar, keys and vocals. Recorded live in Hollywood’s historic United Studio A, the album was co-produced by Blue Note president Don Was.

Musically, the album’s 11 tracks run the gamut. Opening with “The Cost,” the ensemble blurs the lines between hip hop and jazz, with piano glissandos and a heavy dose of percussion driving the climax. Following is the lead single, “Not Right Now,” smoothing the flow with a mellow groove and melodic line. The short interlude, “My Tone Poem,” presents a dreamy keyboard lullaby with children’s voices in the background, while the title track, “Color of Noize,” is a densely layered and percussive cacophony that shape shifts from beginning to end. “You Could Have Stayed” is a cross between a slow ballad and hymn, with the organ adding a gospel feel. Other highlights include the contemplative song “Looking at You,” employing a heavy dose of reverb on the vocals over unembellished piano chords, and “New Day” which fuses elements of R&B and gospel. The album closes with an acoustic version of “You Could Have Stayed,” performed by Stampley as a classically-styled piano solo with a few surprising harmonic twists.

According to Don Was, the ‘old school’ style recording sessions for this project yielded “modern music so forward-looking and visionary that there is no existing genre within which to categorize it.” After listening to Color of Noize, I have to agree. Expect the unexpected in this gem of an album.