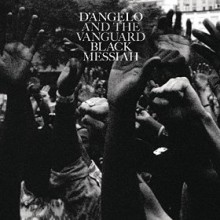 The last month of the year can be quite full of surprises for music enthusiasts. Just a year prior, Beyoncé Knowles-Carter dropped her anticipated album Beyoncé in an effort to counterbalance the remission dominant in the music industry when it comes to the “experience” of releasing a fully cultivated project enriched with creative artistry. A year to the day after Beyoncé’s “impromptu” release, comes another unexpected event—the return of soul music’s long-lost king, Michael Eugene Archer, otherwise known as D’Angelo.

Released digitally with little public advertising (except for longtime collaborator Ahmir “Questlove” Thompson’s occasional griot tales of post-Voodoo studio sessions and leaked material), D’Angelo’s Black Messiah is fourteen years in the making. Once referred to as a rumored myth, James River, Black Messiah was delayed many times due to personal events affecting the Brown Sugar crooner, which left many questioning if the one-time torchbearer of the Neo-Soul movement was becoming not only an afterthought, but a dream deferred. However, what Black Messiah does with its vintage arrangements, tight-knit group of collaborators, and avant-garde instrumentation, is to show that true quality definitely takes time.

Recorded, produced, and mixed entirely in analog format using tape and vintage equipment, Black Messiah takes its influences from D’Angelo’s longtime music interests—the funk styles of Parliament and Sly & the Family Stone, the multi-instrumentalism of Prince and Stevie Wonder, and the radical performance styling of the late Jimi Hendrix and country legend Johnny Cash. D’Angelo’s blend of inspirations results not only in an ode to those that shaped the man behind the music, but the soul of the people in need of a Savior through its medium. The album art comes complete with a message from D’Angelo, detailing his vision behind the title and its content, which in short is a call to liberation as well as protest. Black Messiah offers itself as the spark that starts the fire in individuals who will garner change in today’s society.  At its core, the album is fourteen years of D’Angelo’s soul uninhibitedly put on tape for the listener’s pleasure. It was the events of Ferguson and the unmerciful killings of young Black men that prompted the thunderbolt that led him to release prior to schedule. According to his tour manager, Alan Leeds, D’Angelo said in regards to his imminent project, “The one way I do speak out is through music. I want to speak out.”

Black Messiah starts with the funk-heavy “Ain’t That Easy,” complete with effects of what one might think is a cosmic deity riding the frequencies emitting from one’s earlobes. Like an extraterrestrial, D’Angelo enters from nowhere land, strumming his guitar along with his band, The Vanguard (comprised of bassist Pino Palladino, Jesse Johnson, Isaiah Sharkey, keyboardist Cleo Sample, and drummer John Blackwell). Q-Tip (of A Tribe Called Quest) and Kendra Foster (of Parliament) offer their writing and backing vocals, respectively, as colleague Questlove (of the Roots) rounds out the small list of collaborators. It should also be noted that D’Angelo took vast creative control of the project, playing most if not all of the instruments on the album, in an effort to showcase his talents across the board and create the soul masterpiece he had  envisioned. Sharkey and the legendary drummer James Gadson also join him on the opening track.

Immediately following is the protest song, “1000 Deaths.” Khalil Abdul Muhammad is heard via an audio clip from “The Great Debate: The Origin of Jesus Christ, Myth or Reality,” while audio from “The Murder of Fred Hampton” (a documentary speaking in-depth about the murder of the young Black Panther) follows in secession.  D’Angelo speaks of going to war, both against the society he is a part of, and the war within oneself in order to receive true salvation from the Lord and Black Revolutionary Messiah of Jesus Christ,” who D’Angelo refers to as “Yahweh” (GOD), or Yahushua (“Jesus”, also commonly known as Yeshua in Hebrew), respectively. D’Angelo’s vocals are accompanied solely by Questlove on drums in an arrangement that harkens back to the drum pattern of Prince’s “4” from the rare album, Madhouse. This track plays like the fire of a spirit looking to his conscious for guidance: 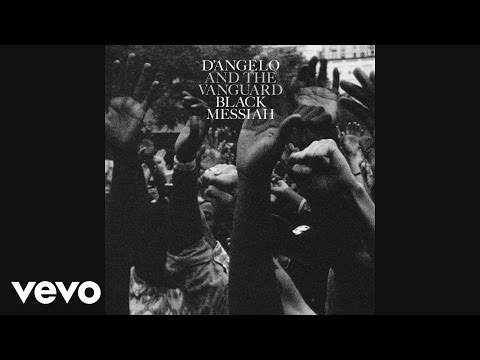 “1000 Deaths” seamlessly transitions into the Prince & The Revolution-sounding “The Charade,” featuring Questlove on drums (who, at D’Angelo’s suggestion, brilliantly plays the “opposite” of the rim shot funk displayed heavily throughout the Voodoo project in pure Prince fashion), Pino Palladino on bass and electric sitar, with additional guitars by Jesse and Sharkey. Speaking directly to issues regarding racial profiling and inequalities, D’Angelo and Kendra Foster sing: “All we wanted was a chance to talk / ‘stead we only got outlined in chalk / Feet have bled, a millions miles we’ve walked / revealing at the end of the day / The Charade.”  The song speaks not only to the deceptive acts taken by America in the indictment of those who killed Black youth, but the yearning of Black Americans who have fought and bled in order to seek equality for the injustices they’ve experienced.

Track four, “Sugah Daddy,” starts with Frank Gadson playing the kick using the hand-bone technique, popular amongst tap dancers and hoofers during the Vaudeville era. D’Angelo, Palladino, and Gadson also contribute to the claps, while Q-Tip and Foster contribute lyrics about an overzealous woman looking to enrapture a preacher for her own personal enjoyment.  “Really Love” concludes “Side A” of Black Messiah. Originally leaked almost a decade ago by Questlove, the finished version includes a lush string arrangement by Brent Fischer and accompanying drums by Questlove. Emitting notes of nostalgia, “Really Love” is sonically reminiscent of Voodoo’s “Send It On,” singing of true love and romance.

“Side B” of Black Messiah begins with “Back to the Future (Part One),” where D’Angelo makes the first references to his disappearance for the past fourteen years, with the late Spanky Alford on guitars. Tracks such as “Till it’s Done (Tutu)” and “Prayer” provide commentary about D’Angelo’s awareness of the world around him.  “Betray My Heart,” the oldest track on the album, alludes to the Voodoo aesthetic that made him a household name amongst true musicians and instrumentalists. D’Angelo and Foster are influenced by Johnny Cash and B.B. King on “The Door,” which is heavy in whistle arrangements with little guitar, creating a classic blues song in every sense.  The reprise of “Back to the Future (Part Two)” gives listener’s the impression that D’Angelo is still trying to find his place in the future, while missing what he loved in the past, before fading into “Another Life,” a sultry ballad that closes out the album.

Black Messiah is the soul food that many have been waiting close to fifteen years for from D’Angelo and it delivers with little room for seconds. The only downfall of the album is quite subjective, which is the quality of D’Angelo’s vocals. His trademark mumble and the obscuring of his voice, which is buried under a decade of layered arrangements, could be seen as purposeful—an attempt to use his voice as an organic instrument amongst instruments, where its quality only adds to the overall musical experience being offered. Closing out the year as one of the best albums of 2014, Black Messiah is just that, the revolutionary voice that fans have been searching for since their leader went incognito.