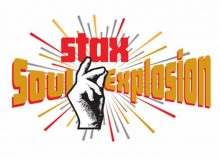 In 1969, the iconic Stax Records’ intense undertaking to rebuild its brand as an independent label culminated in the release of 27 albums and 30 singles in just a handful of months. This period in the Memphis label’s history is known as the “Soul Explosion.” During Black Music Month, Craft Records will be commemorating the 50th anniversary of this achievement with a “Made in Memphis” reissue campaign, including the original Soul Explosion compilation album, back on vinyl for the first time since 1969. The two-disc set features a number of rare bonus tracks from the Bar-Kays, Eddie Floyd, and the lesser known Ollie & The Nightingales.

Throughout the month of June, Craft will also undertake its own soul explosion, reissuing 30 Stax titles—at the rate of one per day—to digital platforms for the first time, including the 1971 concept album Victim of the Joke? An Opera from David Porter, the Sweet Inspirations’ Estelle, Myrna & Sylvia (1973), the Dramatics’ sophomore album A Dramatic Experience, plus albums by Booker T. & The MGs, Soul Children, Johnnie Taylor, Carla Thomas, Rufus Thomas, William Bell, John KaSandra, Rance Allen Group, Melvin Van Peebles, and more.