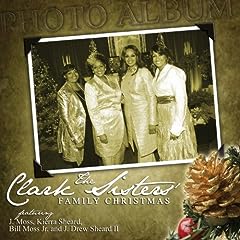 Heading up our list of contemporary gospel holiday CDs is this new release by the Clark Sisters, their first Christmas CD in nearly 20 years.  By bringing in younger members of their extended family, the Clark Sisters have produced an album that will have cross-generational appeal.  Cousin Bill Moss, Jr. and the Nashville String Machine perform the ballad “We are the Reason,”  J Moss  weighs in with his take on Donny Hathaway’s “This Christmas, ” and Kierra Sheard lends her R&B styled vocals to “Beautiful Christmas.”  Not to be outdone, The Clark Sisters contribute a number of holiday classics, including a fun version of the “Chipmunk Song” for the youngsters. 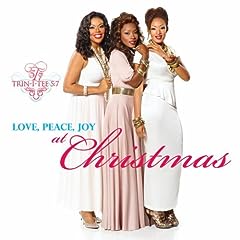 Acclaimed female gospel group Trin-i-tee 5:7 has released a limited edition two disc (CD/DVD) set which includes videos from their recent Christmas television special filmed at Union Station.  Along with classic Christmas songs such as “Joy To The World,” “Silent Night” and some contemporary Christian favorites, the trio rachets the CD up a notch with jazzy versions of “‘White Christmas,”  “Winter Wonderland,” and a cover of Michael Jackson’s “Give Love on Christmas Day.” Overall, a pleasant mix which will appeal to fans of the group. 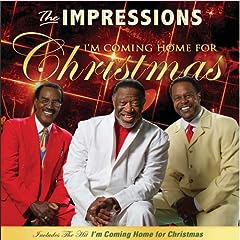 I’m Coming Home for Christmas is billed as the first Christmas album ever released by the Impressions, and signals the return of lead singer Reggie Torian after a 25-year absence (the current group also includes original member Sam Gooden and  Fred Cash, who joined the group in 1960).  The majority of the album consists of traditional holiday fare–“God Rest Ye Merry Gentlemen,” “Have Yourself A Merry Little Christmas,” “Winter Wonderland,” etc. – though the newly composed title track offers up something original.  A reworking of their hit song “Amen” (originally sung by Curtis Mayfield) is also included, as well as the Gamble & Huff penned  “Christmas Just Ain’t Christmas.” Fans of the Impressions,  and of vocal harmony groups in general, will no doubt rejoice over this new release. 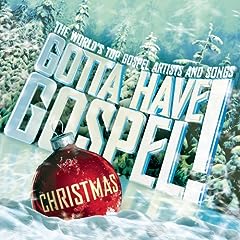 Gotta Have Gospel! Christmas is a compilation of both classic and contemporary gospel Christmas favorites.  All of the material has been previously released, but if you’re looking for a wide variety of songs and styles performed by gospel’s top artists, this will certainly suit.  Featured are selections by Israel Houghton and Cece Winans (“We Wish You a Timeless Christmas”), Kirk Franklin & The Family (“Now Behold the Lamb”), Donnie McClurkin (“Hark the Herald Angels Sing”), Mary Mary (“Oh Come All Ye Faithful”), Yolanda Adams (“Little Drummer Boy”),Fred Hammond (“Go Tell It on the Mountain”), and American Idol favorite Mandisa (“O Holy Night”), among others.