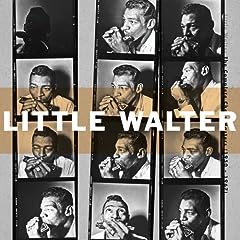 The king of Chicago blues harpists is celebrated in this five CD box set, featuring all of Little Walter’s solo studio recordings for Chess. Also included are previously unreleased and alternate takes for “Goin’ Down Slow,” “Mean Old Frisco,” and many other classics. Extensive liner notes are by Tony Glover, Scott Dirks and Ward Gaines- the authors of Blues With a Feeling: The Little Walter Story.  This is a must for all blues harmonica fans, and since Hip-O’s limited editions never stay in print for long, don’t delay. 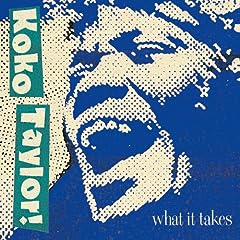 Title: What It Takes: The Chess Years (expanded edition)

The world lost the Queen of Chicago Blues earlier this year, and Hip-O Select has paid tribute by remastering this great 1977 compilation featuring Koko Taylor’s early Chess sides, produced by Willie Dixon. This is as good and raw as it gets if you’re a fan of female blues belters, which certainly sums up Taylor, whose style harkens back to Memphis Minnie and Big Mama Thornton. If you’ve only got Taylor’s later Alligator recordings, you owe it to yourself to check out this compilation. From her hit song “Wang Dang Doodle” to “Don’t Mess With the Messer,” the 24 tracks are a fine overview of her early career. 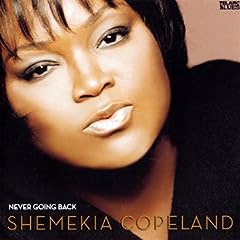 Shemekia Copeland, the Harlem-born Chicago-based daughter of Texas blues guitarist Johnny Copeland, is arguably the current leader among the younger generation of female blues singers, and she hits a home run with her first release on the Telarc label. The title reflects her attempt to stay true to her blues roots while seeking innovative ways to contemporize the genre, which often leads to the merging of old style Chicago blues with R&B, soul, and even a few rock licks. The album features some unusual covers, such as Joni Mitchell’s “Black Crow” and Percy Mayfield’s “River’s Invitation,” which are balanced by more traditional fare such as “Sounds Like the Devil” and “Circumstances,” a song composed by her father. Accompanists include Oliver Wood (who also produced the album) and Marc Ribot on guitar, and John Medeski and Kofi Burbridge on keyboards.

Here is a live performance of Shemekia Copeland performing “Never Going Back to Memphis” in Boston on Nov.21, 2008, which is featured on the CD  Never Going Back (courtesy of Telarc): 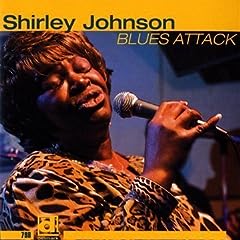 Shirley Johnson, a fixture on the Chicago blues scene, offers up a rollicking good time on her latest album for Delmark. With backing by the Chicago Horns, guitarists Herb Walker and Luke Pytel, and Roosevelt Purifoy on keyboards, Johnson has the ammunition she needs to convincingly deliver hard hitting blues, southern soul standards (“634-5789” and “Unchain My Heart”), and then funk it up on tracks such as Purifoy’s “My Baby Played Me for a Fool” and Johnson’s own “Blues Attack.”  A very enjoyable album that makes you think about reserving a spot at the Grant Park bandshell for the next Chicago Blues Fest. 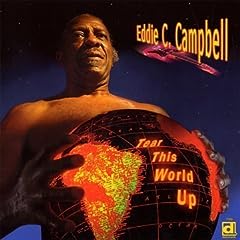 Title: Tear This World Up

Chicago’s Eddie C. Campbell, known as “The King of the West Side Funk Blues,” made his Delmark debut this year, his first release in over a decade.  One of the originator’s of the West Side sound—along with Jimmy Dawkins, Eddy Clearwater, and Buddy Guy—Campbell is known for his reverb-drenched guitar, powerful vocals, and a unique songwriting style, which is amply demonstrated on original songs such as “Makin’ Popcorn,” “Big World,” and “Voodoo.”  He pulls out all the stops on a rendition of Gershwin’s “Summertime,” and pays tribute to Magic Sam on covers of “Easy Baby” and “Love Me With a Feeling.”  Listening to this CD is the next best thing to sitting in a Chicago blues club on a Saturday night. 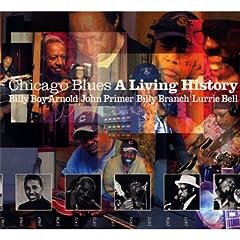 This two-CD set features four “inheritors of the Chicago Blues tradition” paying tribute to the evolution of the genre from its earliest days through the present. Many of the city’s past blues masters are covered, including Muddy Waters, Howlin’ Wolf, Otis Rush, Sonny Boy Williamson, Big Bill Broonzy, Big Maceo, Elmore James, B.B. King, Memphis Slim, Little Walter, Jimmy Reed, Junior Wells, Earl Hooker, Magic Sam and John Lee Hooker, among others.  The first disc, recorded in analog to create a period feel, covers 1940-1955, while the second disc covers  1955 to the present.  A 36 page illustrated booklet rich in historical detail completes the set.

Here is a clip of a performance courtesy of Raisin Music: 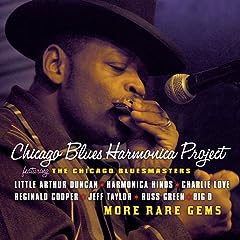 This follow-up to 2005’s Diamonds in the Rough features five more contemporary Chicago blues harpists– Reginald Cooper, Russ Green, Harmonica Hinds, Charlie Love and Jeff Taylor, as well as the late Little Arthur Duncan.  The back-up band, dubbed the Chicago Bluesmasters, includes Illinois Slim and Rick Kreher on guitar, Mark Brumbach on piano, and E.G. McDaniel and Twist Turner on bass and drums.  Selections include classics such as Howlin’ Wolf’s “Ooh Baby, Hold Me” and Johnny Guitar Watson’s “Gangster Of Love,” as well as newer compositions.  Severn must be congratulated for their efforts to document and preserve the classic postwar style of blues harp through performances by lesser-known Chicago bearers of the tradition.
==================================================