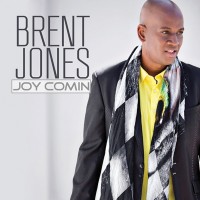 In the early 1990s, the gospel music world was introduced to an up and coming contemporary group performing as Brent Jones & the T.P. [Total Praise] Mobb. However, it wasn’t until a decade later that Jones and his group would become highly sought after gospel trendsetters with chart topping songs like “Good Times” and “Midnight,” featuring Coco of the female R&B group SWV.  Originally based in Los Angeles, in the mid-2000s Jones relocated to serve as a minister of music for prominent churches like Ebenezer AME in Maryland. This move led to the disbanding of the T.P. Mobb—the group that had breathed life into his compositions. Fortunately, after a brief hiatus from the recording industry, Jones has returned with the release of his latest project Joy Comin, featuring the voices of the Orange County Gospel Choir.

In many ways, this project is reflective of Jones’ writing style which combines influences of hip hop and R&B with the powerful messages and harmonies of contemporary gospel music. The title track “Joy Comin” is a simple upbeat choir song that easily inspires listeners to dance. Interestingly, dance and celebration are common themes as this album includes both a “church mix” and a “club remix” of the song, “I Can Dance.” Jones describes the church mix as a worship song that is Sunday morning friendly. Indeed, the simple melody and lyrics are rather infectious as the driving jazz and funk inspired accompaniment is the perfect musical environment for spontaneous movement.  Unexpectedly, the “club mix” is a techno infused version of the song that retains the message, “All Night, I can dance with Jesus.” Following is the concept video for the “church mix”: 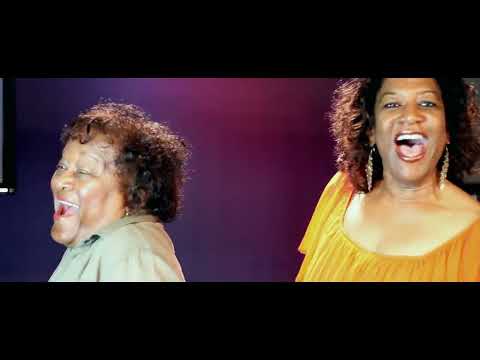 Beyond inciting joy, Jones also offers moments of reflection and meditation with songs like “I Promise” and “The Mansion Song.” The former is a slow tempo song in which he recounts the despairing struggles that he faced over the past three years and the hope that he found through his faith. The latter illustrates the negative effects of privileging fortune and fame above a meaningful relationship with God. Led by Shaunna Daniels, “The Mansion Song” begins as a sympathetic ballad as the soloist describes the emptiness and loneliness of her glamorous life. However, during the vamp, it transforms to a heart wrenching statement of surrender as the soloist and choir declare, “I give up everything, I’d rather have Jesus.”

While Joy Comin is primarily contemporary, a few selections showcase Jones’ appreciation for traditional gospel themes and sounds. For example, his adaptation of the hymn “Is Your All on the Altar” features the iconic rhythmic triple meter (described by the late Dr. Horace Boyer as the “gospel waltz”), while the full bodied choral sound is replaced with a smaller ensemble reminiscent of the Roberta Martin Singers of yesteryear. Conversely, the song “He Rose” is an up-tempo, heavy hitting piece. But, it includes a chorus that depicts the Resurrection story in a colorful style similar to traditional African American preachers.  In this way, Jones displays a level of versatility in his stylistic approach as well as the kinds of messages that he conveys to his listeners. At a time when some listeners and practitioners question the future of gospel choral music, Jones and the Orange County Gospel Choir present choirs the world over with some exciting new songs for worship through Joy Comin.