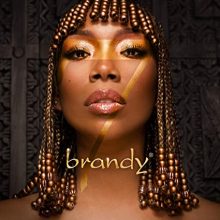 After nearly eight years since her last album, GRAMMY Award-winning singer/songwriter Brandy has released her long awaited seventh studio album, b7. Despite the lengthy period of time between projects, Brandy has consistently been active in the R&B scene, creating tracks like “I Wanna Be Down” and “Ascension,” as well as being featured in a plethora of other artist’s songs and breaking the internet with her recent Brandy vs Monica Verzuz Battle. This exposure has gone a long way toward helping Brandy hone her truly unique sound and style, as well as a high level of production expertise. Her colorful, yet restrained, 15-track project, which she executively produced with assistance from DJ Camper and the late LaShawn Daniels, is truly the culmination of her musical and life experiences to date.

In an interview, the singer explained, “Because this was such a personal project for me, I wanted to make sure the music was right and the best for me—and it took a minute. I was trying to find my sound … and get to a place where I could express myself as honestly as I could creatively.”

Production wise, b7 is quite different from the Brandy we are used to. Surprisingly so, in fact. In all honesty, I wasn’t quite sure what the album was trying to accomplish at the beginning of my first listen. While the opener, “Saving All My Love,” felt marginally familiar, “Unconditional Oceans,” with its disorienting syncopations, completely threw me off and left me somewhat distracted for the next several tracks. Even more surprising, just as I felt myself growing accustomed to the journey, the album would evolve again, almost faster than I could adjust.

The second half of the album gives off a completely different vibe, with songs like “Baby Mama” featuring Chance the Rapper and her duet with Daniel Caesar on “Love Again” providing listeners with an experience that is unique, yet incredibly enjoyable at the same time. The writing is impeccable, providing an intimate look into Brandy’s life as we witness her personal and musical evolution firsthand.

With b7, Brandy offers an eclectic album that is filled with her own unique personality and perfectly conveys the story she is trying to tell. This release is a perfect addition to any R&B lover’s fall playlist.