If you’re looking for gifts for music lovers, here are some of the most notable box sets produced with the holiday shopping season in mind. There’s something to satisfy any fan of jazz, blues, pop, Afro-funk, rock, and rhythm and blues. Not to mention any budget, from $25 to $500. 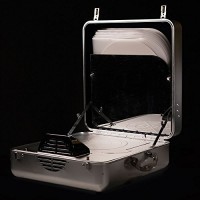 The ultimate splurge this holiday for blues fans is without a doubt The Rise & Fall of Paramount Records Vol. 2, covering the label’s final five years from 1928-1932. Produced by Jack White’s Third Man Records, in partnership with John Fahey’s Revenant Records, the set is “a stunning second act in which Paramount birthed the entire genre of Mississippi Delta blues and issued some of the most coveted recordings in the history of the medium.”  Though Vol. 1 was housed in a handcrafted oak case, for Vol. 2 they’ve produced an Art Deco styled polished aluminum box modeled after a 1930s portable phonograph. Included are six LPs, a USB drive with 800 newly remastered tracks, a 250 page hardcover book about label’s history, and a 400 page guide with artist bios. 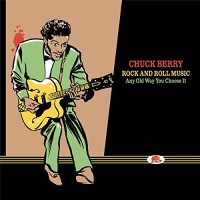 Title: Rock & Roll Music: Any Old Way You Choose It

Who could resist 16 discs devoted to Chuck Berry, one of the founders of rock ‘n’ roll, especially when it’s released in a “Cadillac” version by the noted reissue company Bear Family Records? This deluxe set includes not just one, but two handsomely illustrated hardcover books (356 total pages) with rare photos from the Chuck Berry family archives, essays from noted authors, and a complete discography in the standard Bear Family LP-sized slipcase. The discs include every single and LP track, all the legendary Chess singles and album cuts from 1955 to 1966 and from 1969 to 1974, plus all of Chuck Berry’s Mercury recordings, the Atco album, every surviving alternate take, and all of the live recordings from 1956 to 1972. There will never be a reason to own any other edition or compilation! 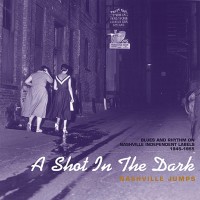 Title: A Shot in the Dark: Nashville Jumps─Blues & Rhythm on Nashville’s Independent Labels, 1945-1955

Similar in content but more extensive than the Grammy award winning set Night Train to Nashville: Music City Rhythm & Blues 1945-1970 produced by the Country Music Hall of Fame in 2004, Bear Family delves deeper into the early years of Nashville’s independent labels on this 8 disc set A Shot in the Dark. Featuring Black recording artists on the Bullet, Nashboro, Dot, Excello, Hickory, Republic, and Tennessee labels, they uncover Nashville’s vibrant black music scene where blues, gospel, jump jazz and rhythm and blues co-existed in the capitol of country music. Of special interest are the first two ultra-rare singles by blues legend B.B. King recorded in 1949, as well as two records later covered by Elvis Presley─Bernard Hardison’s Too Much and Arthur Gunter’s Baby Let’s Play House. The set is accompanied by a lavishly illustrated 284-page hardcover book with an essay on the Nashville music business by Martin Hawkins, and song-by-song notes and artist bios by Hawkins and Colin Escott. 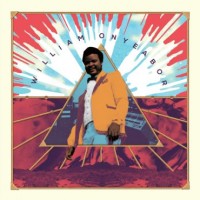 Following the surprise success of last year’s compilation Who Is William Onyeabor?, Luaka Bop was inspired to reissue all of the groundbreaking Nigerian  musician’s rare original albums. Known for his electronic Afro-funk, Onyeabor released 8 albums between 1978-1985, plus an alternate version of the album Crashes in Love. The 9 CD box set includes all of these, plus a handsome 48 page booklet with liner notes by Michael Rubin and Chris Abani.  If you opt instead for the LP set (limited to 3000 copies), with each volume you’ll receive two booklets, a poster and download card, plus a limited edition 45-rpm disc. 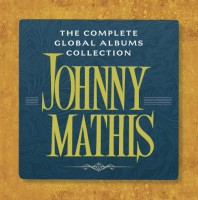 Though Johnny Mathis’ career spans nearly six decades, this new box set from Legacy focuses on the 10 albums he recorded from 1963-1967 using his own production company, Global Records. Though “global” may be too broad a term to encompass the selection of pop and Broadway standards on these albums, there are two especially noteworthy titles from 1965 that stretch the boundaries of pop: the Spanish-language Olé and the diverse The Sweetheart Tree (released in the UK as Away From Home), which features a traditional version of “Try a Little Tenderness,” released the year before Otis Redding transformed the song into a searing soul classic.  And of seasonal interest, the set includes his 1963 album, The Sounds of Christmas.

Title: Out of the Shadows

Europe’s Storyville Records has released an excellent box set celebrating the musical genius of Billy Strayhorn, just in time for the centennial celebration of his 1915 birth in Dayton, Ohio.  Out of the Shadows features 62 of Strayhorn’s compositions, recorded by various artists between 1939 (a performance by the Duke Ellington Orchestra shortly after Strayhorn joined the group) and 2007 (London sessions featuring clarinetist Ken Peplowski). The accompanying DVD is an added bonus, showcasing Strayhorn with the Ellington Orchestra on six tracks from the 1960s, in addition to later performances by Clark Terry and the Delta Rhythm Boys, among others. This is a must for any jazz fan wanting to explore Strayhorn’s vast repertoire beyond his classic “Take the A Train.” 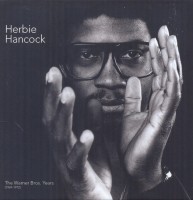 If you don’t already own Herbie Hancock’s original albums from this period, then Rhino’s new set is definitely worth consideration. Included are the three albums Hancock recorded during his brief period with Warner Bros.:  Fat Albert Rotunda (1969), centered around soundtracks he wrote for Bill Cosby’s Fat Albert show and representing Hancock’s initial foray into jazz-funk; the somewhat more avant-garde Mwandishi (1970) featuring just three extended tracks; and the spacey, Afro-futuristic Crossings (1972), featuring Dr. Patrick Gleeson on Moog synthesizer and Hancock on Mellotron. All of the CDs include various bonus tracks and are packaged as mini LP gatefolds with original album art, along with a 28 page illustrated booklet with liner notes by Bob Gluck and complete session details. 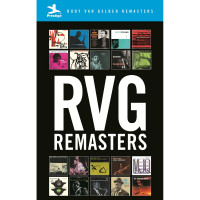 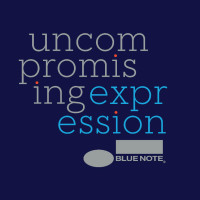 An interesting compilation celebrating the 75th anniversary of the legendary jazz label Blue Note Records, the 5 CD box set Uncompromising Expression is a companion to the book by the same title, written by Richard Havers, who also selected the tracks (75 in total, one for each year). Beginning with the label’s first release by boogie-woogie pianist Meade Lux Lewis, the set covers singles released on 78s, 45s and more recently MP3s, by a representative sample of jazz artists across the decades. No doubt most of these songs are available on albums, but perhaps not in the same version. The set comes with a 48-page booklet featuring a complete discography and historical information about sessions and the label. 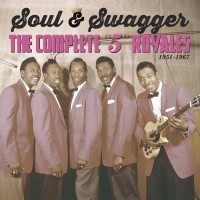 The influential North Carolina vocal harmony group known as The “5” Royales bridged the transition from gospel to doo-wop, R&B and soul during the 1950s to 1960s, with guitarist Lowman “Pete” Pauling often cited as a major influence on later rock guitarists such as Eric Clapton and Steve Cropper. Though the Royales (or more specifically, Pauling) penned several hit songs, unfortunately for the group it was the later cover versions that topped the charts: “Dedicated to the One I Love” by the Shirelles, “Tell the Truth” by Ray Charles, and “Think” by James Brown and later, Aretha Franklin. Through Rockbeat Records’ complete compilation, we now have an opportunity to follow the group’s career, from their first sides as the gospel group Royal Sons Quintet to their final sessions for Home of the Blues Records in 1964.

Last but not least on our list is a new thought-provoking, beautifully packaged compilation Parchman Farm, produced by the Grammy award winning Atlanta-based independent reissue label Dust-to-Digital, in collaboration with the Alan Lomax Archive. Including two CDs housed in a hardcover book, this project documents recordings and 77 black and white photographs made by Lomax between 1947-1959 at the Mississippi State Penitentiary at Parchman, a Southern agricultural prison where “a few strands of wire were all that separated the prison from adjoining plantations” and black inmates labored under harsh conditions at the same tasks, “chopping timber, clearing ground, and picking cotton for the state.” The 44 tracks include work-songs specific to prison life, and what annotator Bruce Jackson refers to as songs from the free world─Delta blues, slave-era field hollers, spirituals, and other secular songs learned outside the prison walls.

As Lomax stated in 1958, “These songs are a vivid reminder of a system of social control and forced labor that has endured in the South for centuries, and I do not believe that the pattern of Southern life can be fundamentally reshaped until what lies behind these roaring, ironic choruses is understood.” A vivid reminder indeed, when half a century later the acquittal of a white policeman charged with the shooting death of an unarmed black teenager exemplifies the same racial divisions within the justice system─“a system not established to recognize [African Americans], a system used for generations to deny and subjugate them, a system still rife with imbalances toward them” (Charles Blow, New York Times). This compilation may not be full of holiday cheer, but by humanizing rather than demonizing the prisoners at Parchman Farm, it makes a significant contribution to the ongoing conversation about the unconscionable racial imbalance in the criminal justice system.