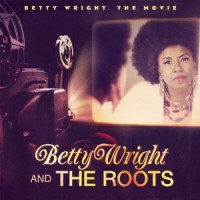 Betty Wright’s newest release, Betty Wright: The Movie, seeks to tell the tale of a woman who has been in the music business since the late 1960s. In addition to The Roots, a host of talent joins Wright on the album. Well-established rappers Snoop Dogg and Lil Wayne are featured on “Real Woman” and “Grapes On a Vine,” respectively, while British R&B sensation Joss Stone accompanies Wright on “Whisper In the Wind.”

Nostalgia opens Betty Wright: The Movie.  “Old Songs” reflects on the classics of yesteryear, while also giving some constructive criticism to contemporary music, stating, “I must admit / your beats got fatter / but add subject matter / on subjects that matter.” From here on out, the album begins going in reverse. Songs like “Real Woman” and “Surrender” mix contemporary elements with classic ‘70s soul. The guitar work, using modern licks and quick riffs, blends with the subtle piano in the background. It’s a nice creation, as the classic soulful grooves get a facelift for today’s music scene.

As with every movie that’s focused on an artist’s musical career, there are bound to be some hiccups. These hit about midway through the album, as the ‘80s and ‘90s begin to make themselves noticed. There are remnants of the early ‘90s R&B vibe on some of the songs, creating an overall sense of funny cheesiness rather than real sentimentality. “Tonight Again” is the main culprit, as the synthesizer blends electric horns and bells to create an adult contemporary romantic setting. The chorus, a repetition of, “Light up a candle / we got business to handle / it feels like / tonight again” only acts to echo the electric vibes. “Look Around (Be a Man)” still has that same synthesizer, although this time the song is more hit than miss.

As we get into the last major section of Betty Wright’s musical journey, the old soul makes its presence known. Featuring a comparatively stripped-down but still powerful rhythm section, Betty Wright continues to shine. “So Long, So Wrong” chimes in with bells and keyboard, as Wright’s voice smoothly incorporates the rest of the band. “You and Me Leroy” continues to build on the previous song, keeping the “less is more” formula and ending the album on a strong note.

As the credits roll on Betty Wright: The Movie, there is no denial that Wright has a storied history after several decades in the music business. From the early soul, to the synthetic R&B, to the fusion of old and contemporary, Wright continues to incorporate new musical influences in creative ways. And although there may be some tracks that are weaker than others, it is hard to deny that Wright’s newest release has a plethora of hits that more than make up for any of the weaker songs on the album.