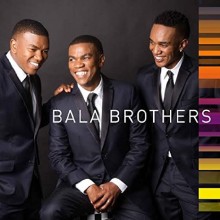 A scriptural verse says that “it is a trifle in the eyes of the Lord, in a moment, suddenly to make the poor rich.” This wise saying typifies the life trajectory of the Bala Brothers: Zwai, Loyiso, and Phelo. They were poor, marginalized and unprivileged. Nevertheless, according to the liner notes provided by Andrew Ousley, “the three gifted South African brothers [having been] lifted out of poverty through their sheer musical talent… promise to become one of the most exciting new vocal trios to take the world stage.” As recounted by the most senior of the Balas, Zwai, the road to their attainment of greatness started with his winning a national singing competition, a victory that would have merited him automatic admission to the famous Drakensberg Boys Choir School. But the admission was not easy to come by in the face of the apartheid institution in South Africa. However, through the help and support of his music teacher, Bunny Ashley-Botha, he was able to overcome the racial barrier of apartheid. Ipso facto, he became the first ever Black member of the previously all-White Boys School.

At present, “the Bala Brothers are household name in south Africa . . . thrilling audiences with their fusion of operatically-trained voices, rich harmonies and traditional South African melodies and rhythms” as Andrew Ousley indicates. Archbishop Desmond Tutu acclaims: “The Bala brothers are part of the good South African story. They have made it against great odds. Boy, can they sing! Wow!”  The present self-titled album, dedicated to Bunny Ashley-Botha and released in both CD/DVD formats, is a collection of songs filmed and recorded live at a performance offered by the Balas in conjunction with the Drakensberg Boys Choir at the Lyric Theater, Gold Reef City, South Africa on 24th and 25th of October, 2014. Indeed, the fantastic trio is scheduled to storm North America with their sweet melodies during their concert tour of the United States in May 2015.

The repertoire on the Bala Brothers is drawn from varied sources, and some of the pieces have unique messages. For example, the opening track “Circle of Life” is taken from the Disney musical The Lion King, composed by Elton John and Tim Rice. Needless to say, the story about the triumph of justice over tyranny in the animal kingdom could be a veiled allusion to the successful dismantling of the apartheid structure in South Africa. The same theme of resistance is metaphorically invoked in “Something Inside So Strong” an anti-apartheid anthem that was originally composed by Labi Siffre as a protest song for the Israeli occupation of Palestine: 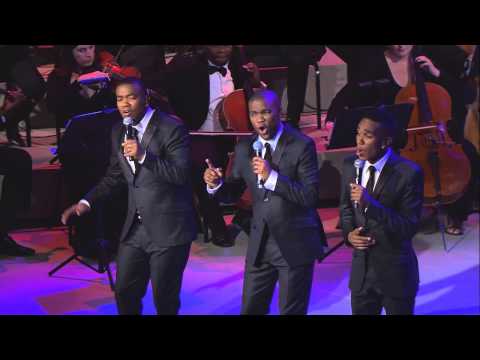 The dance-prone track “Under African Skies” evokes the visit of the original composer Paul Simon, a controversial visit that was nevertheless was ultimately geared towards racial reconciliation and the breakdown of racial barriers. On the gentle moving choir-like “Masibuyelane,” a Xhosa love song written by Zwai and Loyiso, as well as “Girl Without Name,” Loyiso accompanies himself on the piano with the orchestra in the background. Other tracks include “Weeping” (Dan Heymann), “Going Home” and  “Meguru” (traditional, arr. Michael Whalen), “He Lives In You” (Lebohang Morake, Jay Rifkin, Mark Mancina), “Ndize” (Mavo Solomon, Zwai Bala), “The Crossing” (Johnny Clegg), “And So It Goes” (Billy Joel), and “Pata Pata” (Jerry Ragovoy, Miriam Makeba). The DVD also includes two bonus tracks: “You’ll Never Walk Alone” (Rogers & Hammerstein) and “Maria” (Bernstein/Sondheim).

The crucial hermeneutic to understanding the Balas is not mainly in the compositional originality of the songs they perform. The present album does not pretend in any way to emphasize such originality. The key to interpreting the project is located in their attempt to dress these songs with a unique vocality and musical sonority, allowing them to deliver new messages with a fresh spiritual and emotional impact.