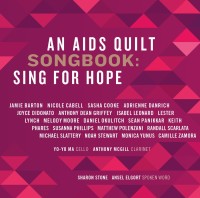 It’s always nice to feature at least one benefit CD during the holiday season, and this year’s selection is a joint project from the “non-profit artists’ peace corps” known as Sing for Hope and amfAR, the Foundation for AIDS Research. First performed on World AIDS Day in 2012, the Aids Quilt Songbook was “a celebratory concert marking the twentieth anniversary of the classical music world’s first organized response to the AIDS crisis” and was “conceived in 1991 by HIV-positive baritone William Parker.” An Aids Quilt Songbook album presents just one iteration of the original concert, with 23 tracks from different artists representing “a range of perspectives, illuminating our interconnectedness and our strength as well as our protests, the ravages of disease, and the toll of loss.” 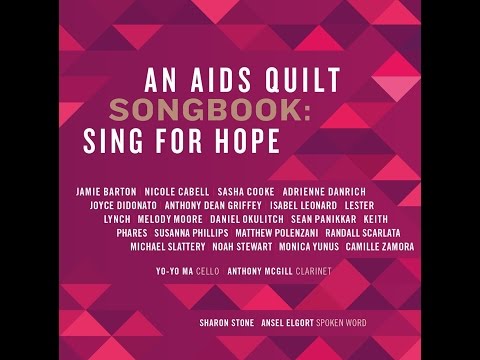 Performers include several young African American singers: up and coming tenor Noah Stewart on “Autumn,” soprano Nicole Cabell (winner of the 2005 BBC Cardiff Singer of the World competition) on “Run Away,” baritone Lester Lynch on “Morning Lullaby,” and soprano Adrienne Danrich on “Let It Go.” Anthony McGill, the new principal clarinetist for the New York Philharmonic, is also featured on the track “If I. . .”, while Cuban composer Tania León contributes the song “Zero Plus Anything” and John Musto draws upon Langston Hughes for the text to his song “Litany.” All profits from the recording will be donated to amfAR to support AIDS research.