Jean Beauvoir is a legend in the world of black rock and Afro-punk artists. Born in Chicago to Haitian-American parents, he started his musical career in a fairly typical manner, learning drums and bass as a kid, and honing his vocals singing doo-wop. But his career took a dramatic left turn when he moved to New York during the punk rock explosion and crossed paths with Rod Swenson and Wendy O. Williams. END_OF_DOCUMENT_TOKEN_TO_BE_REPLACED 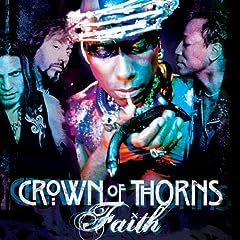 If the music world is like a wheel, then Jean Beauvoir would be a good candidate for its hub, due to the number of artists he has collaborated with. Beauvoir began playing drums as a child and switched to bass when he was a teenager.  At the age of 13 he became musical director for Gary “U.S.” Bonds, a rock ‘n’ roll singer known for his early ‘60s hit songs “New Orleans” and “Quarter to Three.”  Bonds would later collaborate with Bruce Springsteen and Steven Van Zandt, while Van Zandt went on to establish a close working relationship with Beauvoir.

Following his stint with Bonds, Beauvoir briefly joined the famed doo-wop group The Flamingos as lead singer, then moved on to New York—all before turning 16.  In 1980 he joined The Plasmatics, serving as the punk group’s bass and keyboard player until 1984. The Plasmatics were well known for the outrageous stage antics of lead singer Wendy O. Williams which included the destruction of guitars with chainsaws, blowing up speakers, and smashing television sets with sledgehammers. It was also during this time that Beauvoir began sporting his trademark blond Mohawk.

Beauvoir went on to join Steven Van Zandt’s group, Little Steven & the Disciples of Soul, but left after two albums to start his solo career. He scored a minor hit with “Feel the Heat” after it was used as the theme for the Sylvester Stallone film Cobra, and produced a couple of albums that were moderately successful in the United States, but overall Beauvoir has achieved greater success overseas. Over the years he has been involved with many other artists, including the Pretenders, the Ramones, the Who, David Bowie, Bruce Springsteen, Nona Hendryx, and Tina Turner, among others, and also released one album (The Awakening Vol. 1, 1989) with his short lived heavy metal band Voodoo X.

Beauvoir’s current musical project is a multi-racial rock band called Crown of Thorns, formed around 1996.  Faith appears to be their 10th album, and the first to be released in the U.S. on Steven Van Zandt’s new label Lost Cathedral.  Following is a brief promo video:

Firmly rooted in the rock of the ’70s and ‘80s, the album’s guitar runs are reminiscent of Eddie Van Halen, Randy Rhoads, and others whose playing style was bleached of the blues. The mellotrons and synthesizers sound dated on a few tracks.  For example, when the mellotron plays the strings, they tend to sound very schmaltzy and can make one a little self-conscious about the music. Also, Beauvoir’s voice works best when the guitar is a little distorted, otherwise the energy goes completely out of the song. Though the first three songs run together somewhat, the fourth track, “The One,” is a nice change of pace and contains an interesting piano figure as well as a great guitar sound. “Rock Ready” features chugging, metallic guitars and drumming with a deep pocket, with a sound more akin to Living Colour than Led Zeppelin. The cover of Steppenwolf’s “Born To Be Wild,” however, falls a little flat.

Though Faith fails to say anything new and interesting musically, the band definitely plays very well. Perhaps listening to the Crown of Thorns’ earlier records, along with Beauvoir’s solo efforts, would better serve someone interested in Beauvoir’s career. He certainly deserves to be better known in the States, and to stand alongside other influential black rockers.  Maybe the new collaboration with Steven Van Zandt will help this come to pass.

Following is another brief clip from a live performance in NYC in June 2009, featuring the song “Living in the Shadows” from Faith: